AN EVENING WITH MICHAEL SYMMONS ROBERTS

Poet and broadcaster Michael Symmons Roberts will be reading from his poems, including Costa and Forward Prize-winning ‘Drysalter’ and his most recent Eliot prize – shortlisted collection ‘Mancunia’, which re-imagines Manchester as a real and mythic city.

In keeping with the this year’s Weaver Words theme, he will also draw on his non-fiction book ‘Edgelands’ (co-written with poet Paul Farley), which celebrates the overlooked fringes between urban and rural.

His poetry has won numerous major prizes and major awards from the Arts Council and the Society of Authors. He is a Fellow of the Royal Society of Literature and the English Association.

His continuing collaboration with composer James MacMillan has led to two BBC Proms choral commissions, song cycles, music theatre works and operas for the Royal Opera House and others. His broadcast work includes the BBC4 TV verse film ‘Men Who Sleep in Cars’ – described by the Observer as “a work of genius”; ‘A Fearful Symmetry’ (Radio 4) which won the Sandford St Martin Prize; and ‘Last Words’, commissioned by Radio 4 to mark the first anniversary of 9/11.

Michael has published two novels, and is Professor of Poetry at Manchester Metropolitan University. 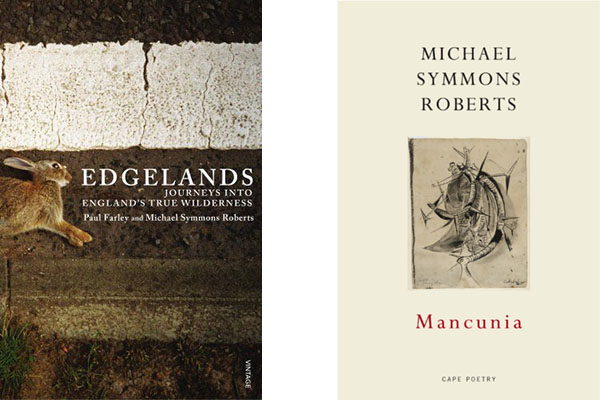