AN AUDIENCE WITH MARK RADCLIFFE

Mark Radcliffe has presented some of the most popular radio programmes in the country over the last four decades. His legendary shows on Radios One and Two won him legions of fans and a fistful of Sony Radio Academy Awards.

He’s also presented various TV shows for the BBC including their coverage of the Glastonbury Festival. He currently hosts the weekly programme The Folk Show for Radio Two and on BBC Radio 6 Music he co-hosts the weekend breakfast show with Stuart Maconie.

Last year he celebrated his love of music with an acclaimed new book Crossroads: In Search of the Moments that Changed Music.

Standing at the crossroads – the Mississippi crossroads of Robert Johnson and the devil’s infamous meeting – Mark Radcliffe found himself facing his own personal crunch point. Aged 60, he had just mourned the death of his father, only to be handed a diagnosis of mouth and throat cancer. This momentous time in his life, and being at the most famous junction in music history, led Radcliffe to think about the pivotal tracks in music and the musicians who wrote and performed them. 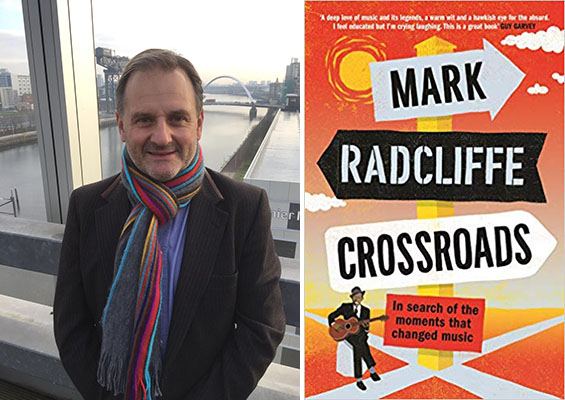